How Technology Evolved Under the Bright Sun of Universe 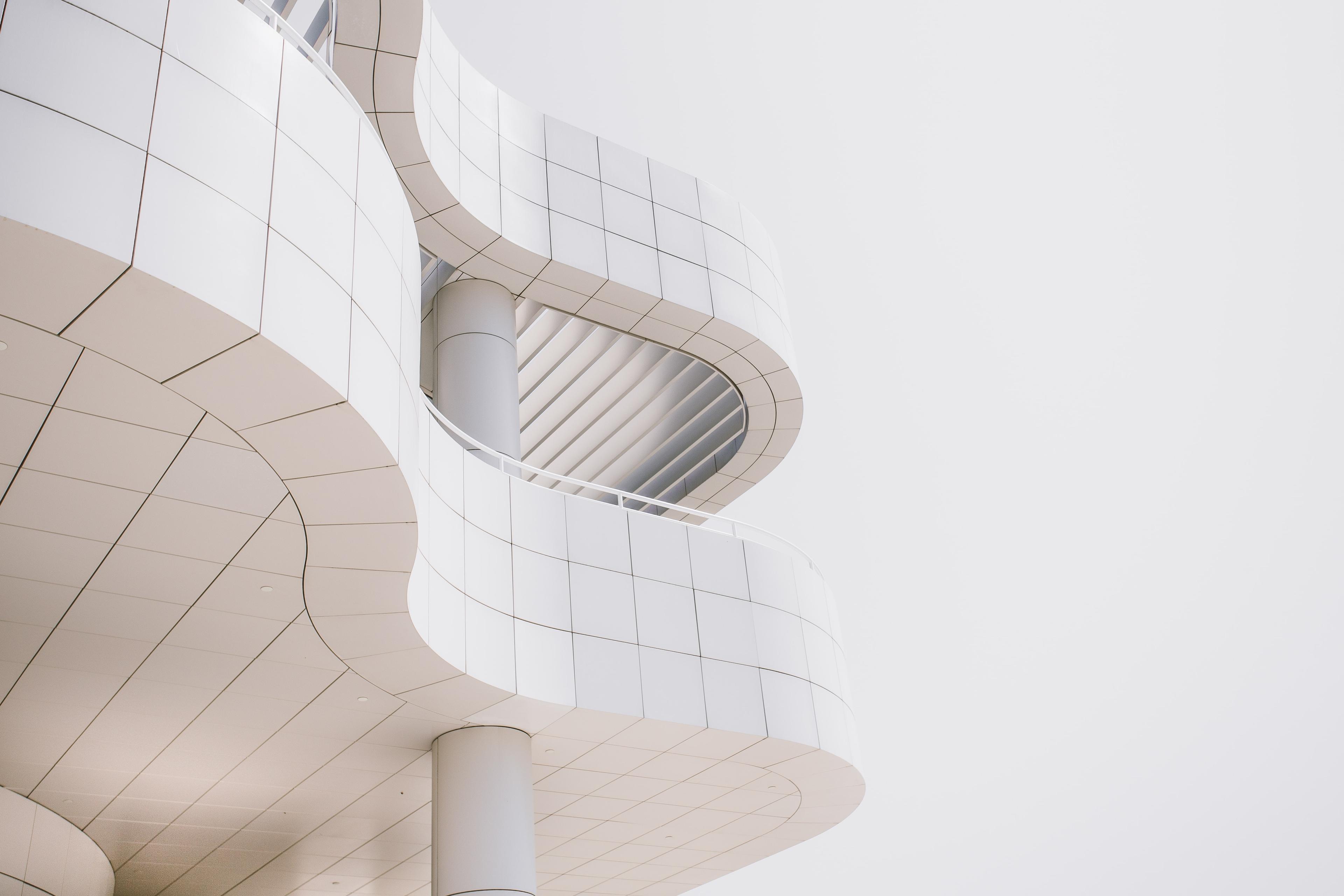 When it comes to the great cosmic question of our own origins, there’s a lot we have to infer. In our Solar System today, just as for the rest of the Universe, we cannot know everything that transpired to bring us about into our present state. When we view things today, all we see are the survivors, with the remaining details lost to the past history of time. However, the Universe provides us with enough clues that we can draw many reasonable, robust conclusions about a whole swath of ideas, including our own existence. For this edition of Ask Ethan, Charles Bartholomew wants to know about our own Sun’s history, asking:

Although we cannot say for certain, we know we’re at least a third generation star. Here’s the science of why.

The dwarf galaxy UGCA 281, shown here as imaged by Hubble in the visible and ultraviolet, is rapidly forming new stars. An older, background population of redder stars is what these newer, bluer stars are superimposed on top of. Population I and II stars are both ubiquitous in a location like this, but no Population III stars are known. (NASA, ESA, AND THE LEGUS TEAM)

When astronomers classify stars, they normally lump them into three categories, creatively named Population I, II, and III stars. Population I stars are stars like our Sun: the first kind ever discovered. These are stars with strong absorption features in their spectra, features which indicate that approximately 1% (give or take) of their mass is made up of heavy elements: atomic nuclei other than hydrogen and helium.

Population II stars, on the other hand, were the second type discovered: with much weaker absorption features in their spectra. The reason for this is that a much smaller fraction of their mass (around 0.1% or less) is made of elements heavier than hydrogen or helium; they are much more unpolluted by prior generations of stars.

And Population III stars are, as of 2019, only a theoretical necessity. At some early time, 99.999999% of the Universe was hydrogen and helium, and the very first stars to form must have been absolutely pristine and completely metal-free.

The first stars and galaxies in the Universe will be surrounded by neutral atoms of (mostly) hydrogen gas, which absorbs the starlight. The large masses and high temperatures of these early stars helps ionize the Universe, but without heavy elements, life and potentially habitable planets are utterly impossible. (NICOLE RAGER FULLER / NATIONAL SCIENCE FOUNDATION)

It’s a bit of an adjustment, here on Earth, to think of elements like carbon, nitrogen, oxygen, phosphorous, silicon, sulfur, and iron as “cosmic pollution,” but when it comes to the stars, that’s the viewpoint nature insists upon. In theory, this should be inevitably true, according to the Big Bang.

In its earliest stages, the Universe was hot, dense, and filled with particles, antiparticles, and radiation. At its hottest, the various quanta have enough energy to spontaneously produce matter-antimatter pairs of particles. But as the Universe expands and cools, it loses its ability to make those new pairs: if the energy E (per particle) drops too low, you can no longer create new quanta of mass m via Einstein’s E = mc². Instead, the remaining pairs all annihilate away, leaving only the stable, leftover matter particles, like protons, neutrons, and electrons.

Stars & the evolution of Galaxy

Long before the first stars form, these protons and neutrons undergo the first nuclear reactions in the hot, dense furnace of the early Universe. By the time the first few minutes pass after the onset of the hot Big Bang, the Universe has cooled enough and become sparse enough that nuclear reactions can no longer proceed. From these early stages, we’re left with a primeval abundance of atomic nuclei,

which will persist until the next nuclear reactions occur: at the onset of the formation of the first stars.

We know, therefore, that the first generation of stars to form in any location in the Universe will be made out of these pristine ingredients: hydrogen and helium, without anything else of significance. But despite the discovery of many ultra-distant galaxies with faint populations of newly-formed stars, none of them are truly pristine.

An illustration of the galaxy CR7, which was originally hoped would house multiple populations of stars of various ages (as illustrated). While we have yet to find an object where the brightest component was pristine, with no heavy elements, we fully expect them to exist, often alongside a later generation of stars that formed earlier.

In other words, we have not yet discovered a true Population III star; revealing these elusive, early stars is one of the main science goals of the soon-to-be-launched James Webb Space Telescope. But Population III stars, if we understand our astrophysics correctly, shouldn’t stick around for very long anyway.

Whenever stars are formed, they arise from the collapse of molecular gas clouds. But in order for a cloud to collapse, it has to avoid turning its gravitational potential energy into pure kinetic energy or heat, as that will keep the cloud diffuse. The main way to accomplish this is by having the particles in your cloud cool off via radiation, but that radiation is terribly inefficient with just hydrogen and helium. While today, star-forming regions typically form stars of about 40% our Sun’s mass, on average, the much-less-efficient Population III (first-generation) stars should average about ten times the mass of our Sun.

The (modern) Morgan–Keenan spectral classification system, with the temperature range of each star class shown above it, in kelvin. Our Sun is a G-class star, producing light with an effective temperature of around 5800 K and a brightness of 1 solar luminosity. Stars can be as low in mass as 8% the mass of our Sun, where they’ll burn with ~0.01% our Sun’s brightness and live for more than 1000 times as long, but they can also rise to hundreds of times our Sun’s mass, with millions of times our Sun’s luminosity and lifetimes of just a few million years. The first generation of stars should consist of O-type and B-type stars almost exclusively.

Whereas a star like our Sun might live for billions of years, stars that are 10 or more times as massive likely only live for a few million years at most. They say that the flame that burns twice as bright burns just half as long, but for stars, it’s much worse. A star with twice the mass burns about one-eighth as long, as a star’s lifetime is inversely proportional to its mass cubed.

Fortunately, when these early, massive stars die, they will have burned through an enormous amount of fuel, fusing:

At last, these stars will die in a catastrophic supernova explosion, where the core becomes a neutron star or black hole, but where the outer layers get expelled.

This Wolf–Rayet star is known as WR 31a, located about 30,000 light-years away in the constellation of Carina. The outer nebula is expelled hydrogen and helium, while the central star burns at over 100,000 K. In the relatively near future, this star will explode in a supernova, enriching the surrounding interstellar medium with new, heavy elements.

This last part is arguably the most important concept in stellar astronomy: the expelled material from an early generation of dying star adds material rich in heavy elements back to the interstellar medium, where it participates in future generations of star-formation.

The second generation of stars to form — the first “enriched” generation of stars — might only have a tiny amount of carbon, oxygen, and still other heavier elements, but that’s significant enough to dramatically change how cooling works in the Universe’s star-forming regions. With even 0.001% of a future star’s mass locked up in elements heavier than helium (what astronomers unceremoniously call “metals”), these Population II stars can come in with very low masses, meaning some of them should still be around today.

And that’s a big deal, because we find extremely metal-poor stars even in our own Milky Way! Most such stars are found in the outer halos of galaxies, as that’s where the fewest numbers (and the fewest generations) of stars form. We see them in ultra-old globular clusters, many of which are made of stars exceeding 12 or even 13 billion years in age. Isolated stars in the Milky Way have ages in excess of 13 billion years as well; Population II stars are ubiquitous in our Universe.

Does that necessarily mean that all Population II stars are second-generation stars, though? That might be your default assumption, but modern astronomers believe this doesn’t have to be the case. Population II stars, when they form, can do so in a wide variety of ways.

If your second generation of stars is massive and all-consuming, it can enormously enrich the interstellar medium. Once you cross a certain enrichment threshold, all your new stars will at last be Population I stars: stars rich in metals, much like our Sun. But whether you cross that threshold or not depends on a number of factors, such as:

One of the many clusters in this region, the Sharpless cluster, is highlighted by massive, short-lived, bright blue stars. Within only about 10 million years, the majority of the most massive ones will explode in a Type II supernova, a pair-instability supernova, or will undergo direct collapse. We have not yet uncovered the exact fate of all such stars, and the number of generations preceding our own Sun’s formation is a question we do not have the information necessary to answer. (ESO / VST SURVEY)

Near the centers of massive galaxies, there are likely Population I stars that truly are members of just the third generation of stars to form since the Big Bang, and it’s possible that the Sun is one of them. However, when we examine the properties of our Sun, such as its age (forming 9.2 billion years after the Big Bang), its location (25–27,000 light-years from the galactic center), and its metallicity (about 1–2% of its elemental contents are heavier than helium), we find that it’s far more likely that our Sun was formed by a wide variety of materials.

A rich nebula of gas, pushed out into the interstellar medium by the hot, new stars formed in the central region. When clouds of gas collapse, they form new stars, based on the total heavy element content of the star-forming region. Despite the plethora of Population I and II stars, we have yet to find the very first pristine stars of all: stars that are made of hydrogen and helium without also being made of carbon and oxygen. (GEMINI OBSERVATORY / AURA)

There is no way, at present, to uncover the true cosmic history of the various elements and contents of our Sun. What we can do, however, is to map out the star-formation history of the Universe, in gory detail, as a function of time, galaxy size, mass, and evolution, metallicity, and much more.

By reconstructing the cosmic history of galaxies external to our own, we can better comprehend how our own galaxy must have grown up, which in turn enables us to better-reconstruct where our Sun truly came from. As future telescopes and observatories come online in the 2020s, we plan on learning unprecedented amounts about the evolution of star-formation in the Universe.

Our Sun, by any metric, is at least a third-generation star, but is probably made up of a variety of materials that have existed in multiple generations of stars of unequal properties. The ultimate evidence of our origin may be lost to history, but astronomers are, in some ways, the ultimate archaeologists. When we better understand our Universe’s past, perhaps it will at last shed the necessary light on our conception of exactly how our Sun came to be.